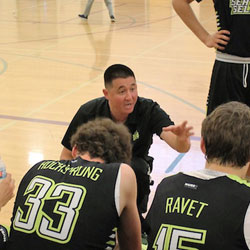 Chase Young was born and raised in Seattle, where he was a decorated athlete at Roosevelt HS playing under coach Bill Elleby, Forrest Ward, and Jeff Denny. He went on to start all 4 years at Occidental College under coaches Brian Newhall, Jim Hennacy, and Brad Hall. His senior year he helped drive his Oxy team to an undefeated league record, then advancing all the way to the NCAA D3 Elite 8, both of which had never been done in SCIAC league history. After graduating from Oxy in 2003 with an advanced BA in Economics for Business Management, Chase played overseas in Denmark for two seasons before returning home to Seattle. After returning from Denmark, Chase coached under Bart Brandenberg at Roosevelt HS from 2004-2006 and became the athletic director and lead trainer at Emerald City Basketball Academy from 2005-2014. During his time at ECBA Coach Chase directed 100’s of teams and traveled around the nation as one of the largest and most successful basketball academies in nation. He has multiple AAU National Championship appearances, as well as championships from all the prestigious national tournaments in the west coast including Reno, Portland, Oakland, Los Angeles and Las Vegas. In 2014 Coach Chase became the Hoopaholics training director and started running the Roosevelt Area Select Basketball program which is a feeder program for the Roosevelt area student-athletes. Since creating Seattle Select High Academic Basketball, coach Young and his coaches have found great success in bringing together elite student-athletes in the NW to win at the national level. In addition to coaching and training, Chase takes a group of NW student-athletes to the Yale Exposure Camp each year and also runs the NW High Academic Showcase for high school elite student-athletes with a 3.5 GPA or higher. The camp receives prestigious college coaches and scouts from all over the country such as Caltech, NYU, Occidental, Macalester College, Swarthmore, MIT, Carnegie Mellon, Whitman and many others. 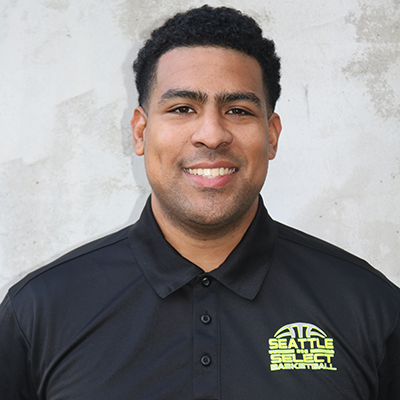 Zac Townsend has been pursuing his passion as a coach and mentor for the past 10 years while working with countless kids in the Seattle area. After attending Bainbridge High School and playing in the ultra competitive Metro league, he took time to travel and explore coaching opportunities. During his travels he visited Hong Kong to participate in NBA Madness as a player assistant, served as a camp counselor at the All-Star Basketball Camp in Switzerland and also traveled to the Dominican Republic with the Atlanta Hawks. Other notable camps where he has served as a director or coach include the Josh Childress Basketball Camp, Marvin Williams Basketball Camp and Gary Payton Skills Academy. Upon returning to the Seattle area, he enrolled at Seattle Central CC and returned to Bainbridge High School to serve as the JV Head Coach/Varsity Assistant. After spending 3 years in the district coaching and working with students with developmental disabilities, he moved to Seattle to further his career and pursue new opportunities . Over the past 7 years in the city he has held posts at A PLUS Youth Program (Academic Case Manager, Coach and Assistant Development Coordinator), The Northwest School (Summer Program Assistant, Residential Advisor and Campbassador Coordinator) and currently works at Seattle Academy of The Arts and Sciences (8th Grade Coordinator, MS Coach). Zac is passionate about using basketball as a medium to connect with kids and families while helping kids reach their potential both on and off the court. Coach Zac is excited to join the Seattle Select team as the mission aligns with his personal vision and goals for youth development through sport. 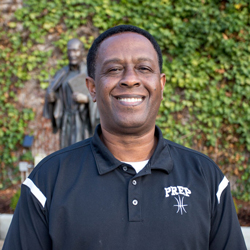 Granville Emerson is entering his 3rd year as our 15u class of 2022 head coach. Coach Emerson was the interim head coach at Seattle Prep this past season and has been on the boys’ basketball coaching staff for 12 years. A native of Seattle, Granville graduated with Bachelor of Arts in Speech Communications from Long Beach State University.

Returning to Seattle in 2006, he also returned to his alma mater, Cleveland High School, to serve as a boys varsity basketball assistant coach for two seasons. Then, in 2008, he became the Boys Head Coach at The Northwest School where he was voted Emerald City League Coach of the Year in 2010. In the fall of 2010, he was hired as a varsity assistant coach in Seattle Prep’s Boys Program, helping the Panthers reach the State Tournament in six of his eight years with the program.

Coach Emerson has also been the head coach for 17u elite AAU teams such as EBC and Friends of Hoop. 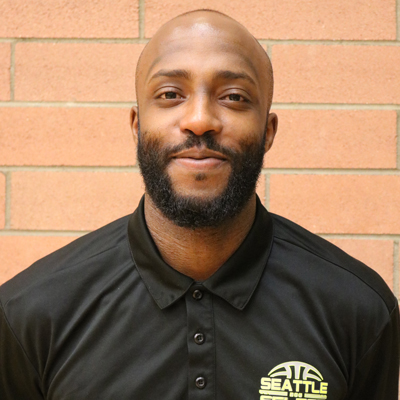 Michael Knight graduated from Seattle University with a bachelors degree in Liberal Studies and a double Minor in Communications and Global studies.

He is a former division one athlete who played basketball all four years as a scholarship player.

Freshman year at: UMBC, a division one school in Maryland where he was freshman of the week twice during the year.

Sophomore year he transferred to St. Petersburg College. A national and prestigious junior college in Florida where the Titans would win their Sun Belt Conference. Michael was a first team all league selection, all region selection, and honorable mention All American.

He then signed to play at the University of Albany for his junior season. A division one school in New York where Great Danes would win the competitive America East conference, and receive a birth in the NCAA tournament before losing to Virginia in the first round.

Michael Finished his collegiate career at Seattle University, where he received all tournament selections at the Debani Holiday classic in California, all tournament team at the Seattle Pacific Oak Harbor classic, as well as the coaches award and the mission award given to the athlete who most exemplifies community service and outreach in the Seattle area.

Michael has gone on to play basketball professionally in Europe, Asia, and several American leagues as well as numerous tour teams in the Netherlands and Belgium. He is a certified trainer who comes from a rich training culture in Seattle, studying under the world renown trainer Tim Manson (www.r3bartraining.com); training extensively with numerous NBA, NFL, MLB, MLS and European/ Asian league professional basketball players. Tim and Michael are launching a revolutionary fitness product available this spring called the R3BAR; specializing in core stabilization, connected strength/mobility, body awareness, injury reduction and realignment.

Michael has worked as a trainer/coach/administrator for the prestigious NBC camps for 8 years in between both collegiate and professional seasons, and as a player development coach and mentor to youth around the world; running clinics and camps on 4 different continents.

Michael is also a talented singer/songwriter for a production team and has a project available on itunes titled Left Side Story as well as other works on itunes or accessible through mrmikeknight.com. He enjoys, music, culture, food, reading, movies, traveling and of course working out.

Michael was born in Iowa City, Iowa and his parents live in Seattle, Washington. Seattle has been home base for 14 years. His younger sister Lauren lives and works in New York for a marketing agency and both of his parents are lawyers in Seattle.

Michael attended high school at Seattle Preparatory School where numerous student/athletes like himself have gone on to play at the collegiate Division one NCAA level, and professionally. (Martell Webster Washington Wizards, and Spencer Hawes, Philadelphia 76ers) Michael is also a member of the international training group, Top Flight Basketball Academy of Bangkok. He is a welcomed addition to our training family. 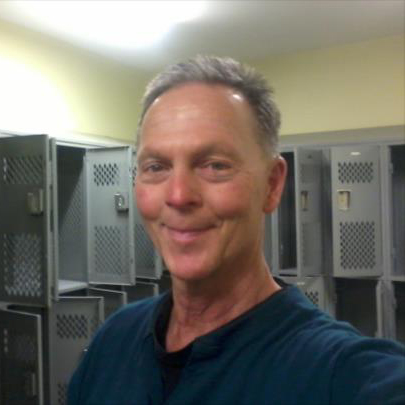 Gregg Kalina has coached basketball for 45+ years, including 31 in Seattle’s Metro League, 16 at Roosevelt, 13 at O’Dea, and 2 at Chief Sealth. Blessed to have coached in 8 state championships, winning 5, I’ve Coached 7 Wash St. players of the year, and 27 First Team all-Metro members. Above all that, I am MOST proud of the untold lifetime relationships I continue to share with my x-players, plus the amazing bonus of now training many of their own children. 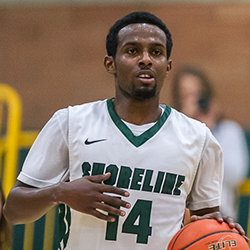 Coach Margarsa graduated from Nathan Hale in 2015. While at Hale he maintained a 3.0 GPA and was a 4 year letterman in basketball, football and track. In addition coach Margarsa played a leadership role in ASB and the Black Student Union. Coach Gadisa went to WSU but wanted to come back home to help with his 6 younger siblings and to play at Shoreline CC. He is currently finishing his degree at Shoreline CC. Coach Gadisa is very involved in the community and joined a teacher mentoring program at Jane Adams for a 1st grade class where he helped students with math, reading and writing assignments. Gadisa started playing basketball in the 3rd grade, but it wasn’t until 7th grade, playing for coach Chase that he got to experience the AAU world and a much more serious approach to the game. In 8th grade Gadisa helped lead coach Chase’s team to a second place finish at the West Coast AAU National Championship in Las Vegas.

I have 8 siblings and I’m the 3rd child so I’ve worked with kids of all different ages. I love and honor the game of basketball and what it has taught me, and I’m thrilled to give that experience and knowledge back to younger players. 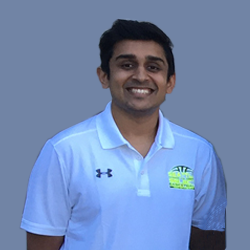 Apurv Suman is a former four-sport athlete and valedictorian from Oak Hall School, a K-12 college prep school in Gainesville, Florida. He was also named to the Florida Academic All-State Team in 2012 for excellence in athletics and academics. He subsequently graduated from Yale University with a degree in Economics, Computer Science, and Psychology and now works at Microsoft.

Over the years, Apurv has taken on a variety of coaching roles. During and soon after his time at Oak Hall School, Apurv served as an assistant coach and player-coach in basketball, football, and tennis. He also served as a player/coach/manager for Pierson College at Yale for four years. He comes from the coaching trees of Scott McDaniel and Joshua Kerkau, long-time basketball prep coaches in Florida & Georgia who have both coached Apurv as a player and mentored him as a coach.

Apurv is excited to contribute to Seattle Select’s culture of high academic standards and excellence on the court.